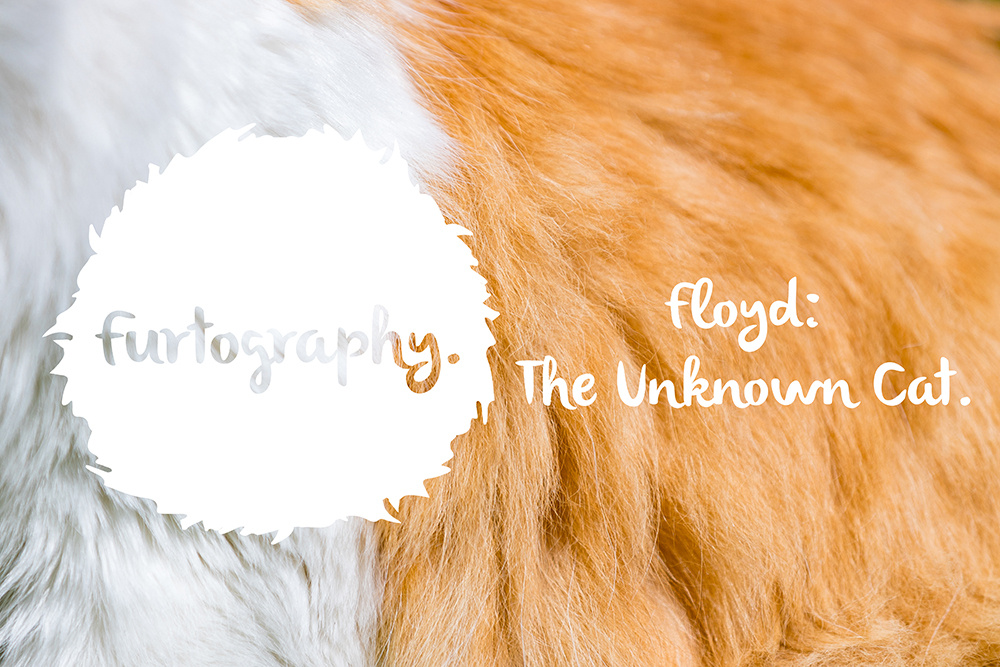 Five years ago I was working on the Quake Cats book when I was told the most remarkable story of feline survival.

It was Maine Coon breeder, Vicki, who shared the story. The little survivor’s owner approached Vicki at a Pet Expo and told her the story as she believed he was at least part Maine Coon, but before Vicki could get a name or contact details, the lady disappeared into the crowd.

The story really stuck with me and I tried my absolute best to locate the cat in question, contacting vets in the area he was found and asking other cat breeders. I never found him, but I really wanted to tell his story, or at least what I knew of it, and after a lot of toing and froing, I decided to put his story in Quake Cats and he was known as The Unknown Cat.

Quake Cats was published in October 2014 and I always had hopes that The Unknown Cat’s owner might come forward, a hope I had long given up on. 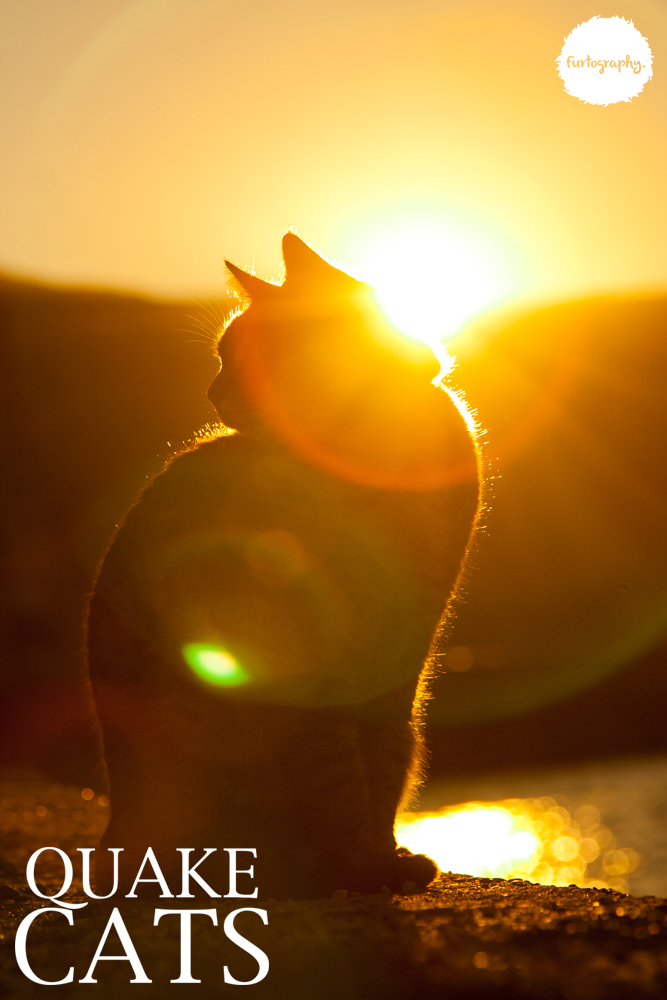 The original image used to illustrate the story in Quake Cats.

Fast forward to the 5th of September 2017, seven years and a day after the first earthquake struck. I had literally just returned from a week in the South of France where I’d been at an out of this world pet photography retreat and I was feeling the jetlag. It was about 6pm and I received a call, completely out of the blue and the voice on the other end said “this is going to sound a little strange, but I think my cat is your Unknown Cat”. We talked a little more and it became quite clear I was not hearing things, I hadn’t gone into a jetlagged stupor and not only had I found my Unknown Cat’s owner (or rather she had found me), but the he is alive and well. I could have leaped high in the air from sheer joy as tears welled up in my eyes. I managed to hold it together until I said goodbye before the tears flowed. I’d blame that on the jetlag, but it seems my eyes leak quite often.  I met up with Melissa, her partner John and The Unknown Cat four days later. So, here it is ladies and gentlemen, the full story of The Unknown Cat, now known to be Floyd… 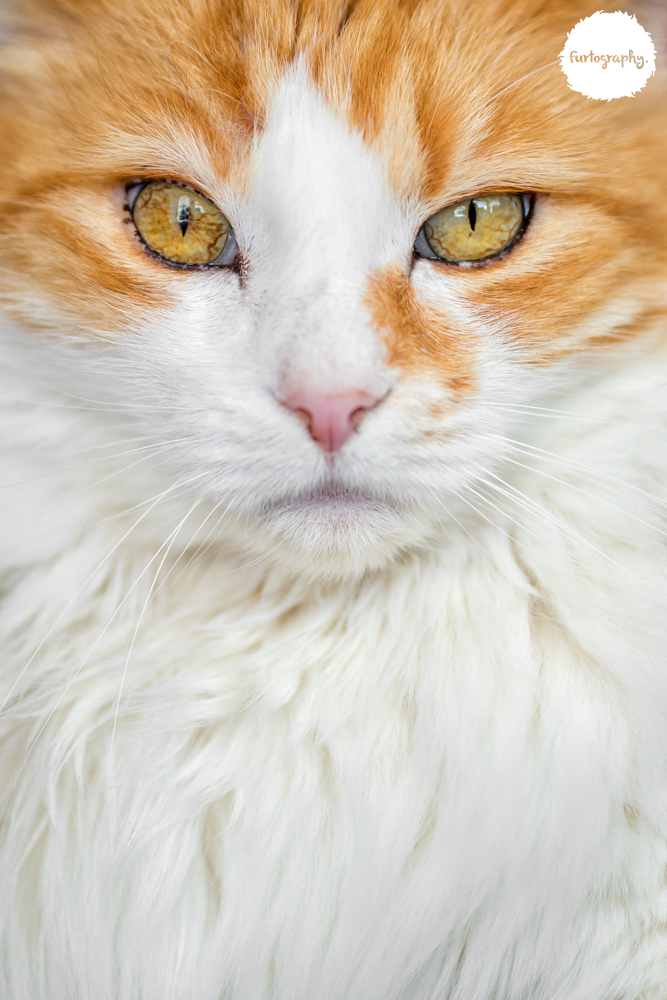 In the early hours of the morning of September the 4th 2010, Floyd, who was known by a different name back then, was out on his nightly wander around the streets of Shirley when the ground began to move ferociously, Floyd was trapped under a falling building.

It was ten days before workmen started to clear away the rubble in the area he was trapped and they had no idea that there was a critically injured orange cat clinging on to his life under the masonry. When he was uncovered he was semi-conscious and very weak, but he managed to let out a meow. The workmen called the SPCA who immediately sent their animal ambulance and they took this very sick little guy to the Afterhours Clinic, the only place that was open at the time. He was treated by a Canadian Locum, who thought he was a lot like his own cat back in Canada, so much so that he named him Floyd after the furry friend he’d been missing. 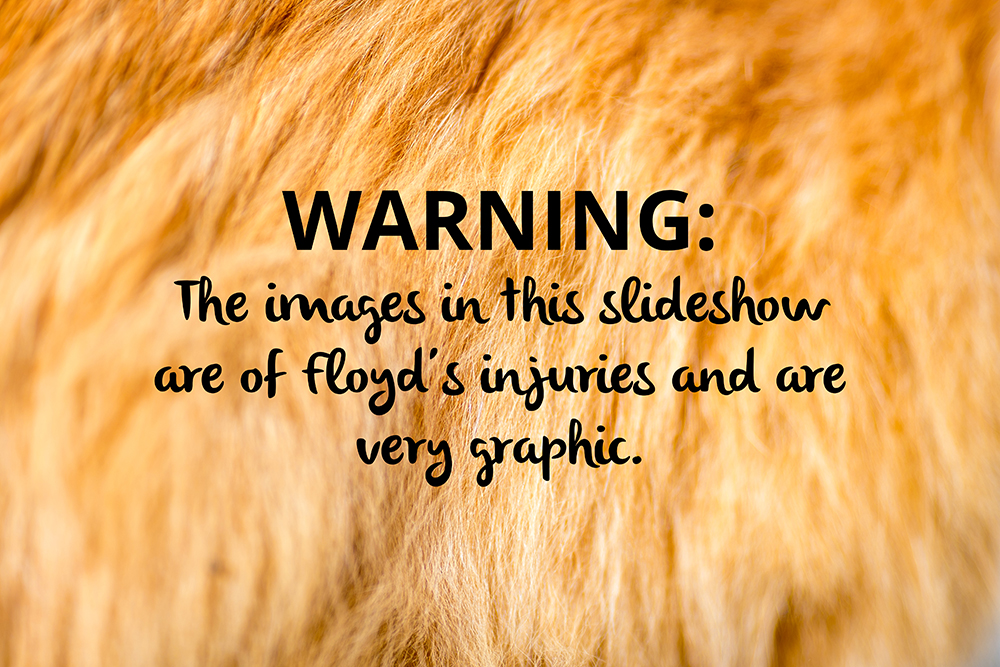 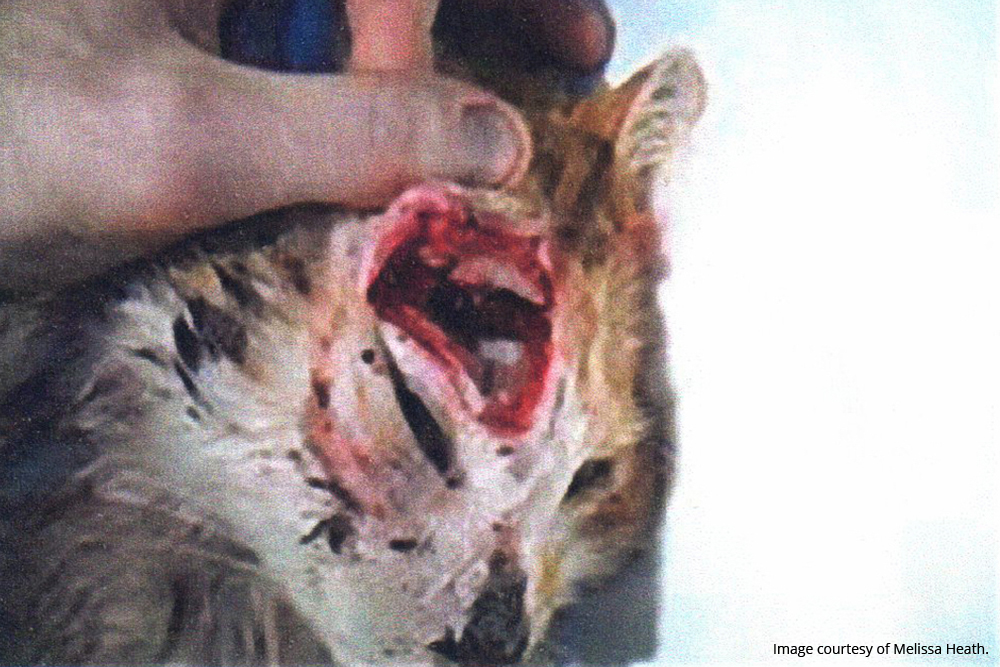 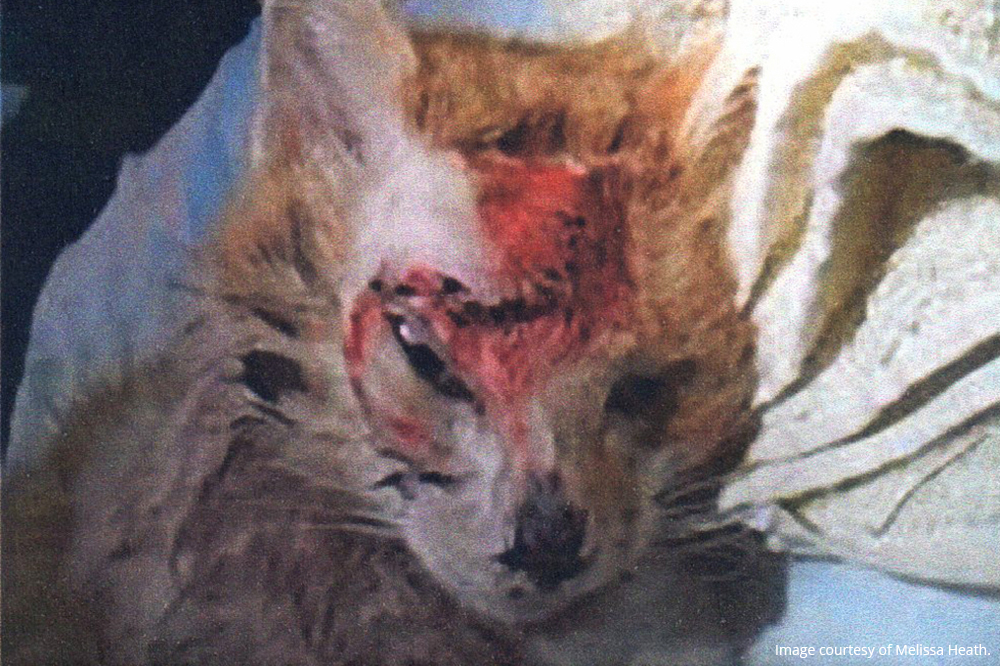 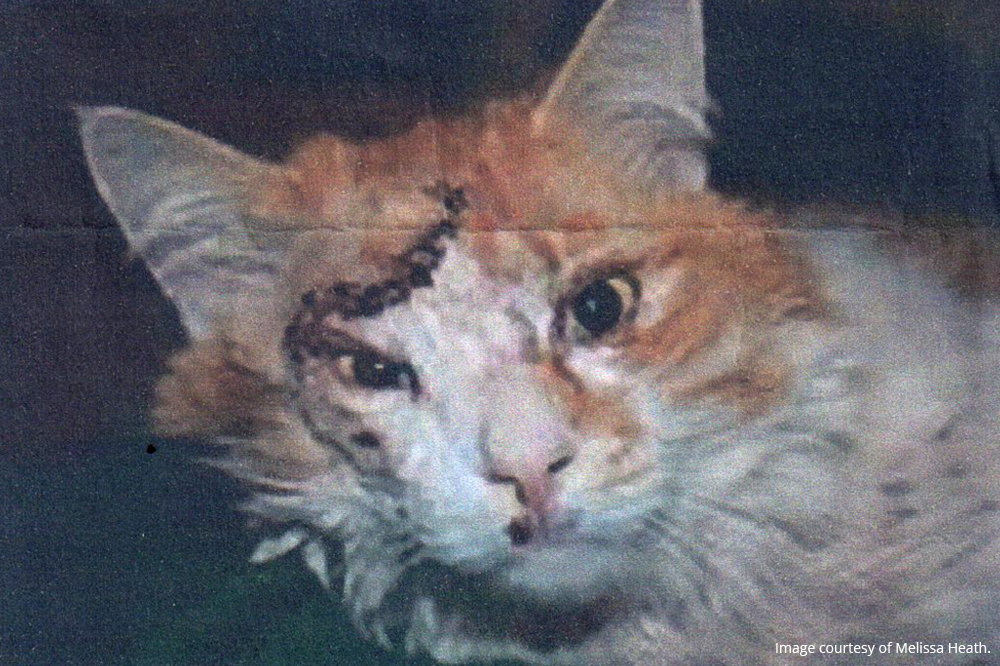 Floyd was in a bad way, he had lost part of his right leg, his left pelvis was broken and he had horrific head injuries. It was so bad that the vet and nurses cleaning him up didn’t know where the dirt and debris stopped and Floyd began. His skull was crushed and as they cleaned the wounds the full horror of his injuries were revealed. His skull was missing from just above his right eye, all the way to his ear and embedded between his brain and his skull was a whole acorn. Although Floyd’s skull could not be repaired, it was possible to patch up his wound stretching parts of healthy skin over the open wound, but it left Floyd disfigured.

When his original owners were located they visited him at the clinic, it was the last time they were to see their cat; they surrendered him after deciding they didn’t want a disfigured pet.

Floyd spent the next six weeks on heavy doses of antibiotics “All they could do now was keep infection at bay. The rest was up to Floyd” Melissa says. “Ever so slowly, he started to come back to life”.

It took a long time for Floyd to learn how to be a cat again, the staff at the clinic took care of him 24 hours a day. Floyd had to learn how to walk, how to eat and drink and how to go to the toilet, like he was a newborn kitten.

It was about two months later when Melissa saw Floyd online, she called to offer a donation for his care, the vet, who had now taken Floyd on at his flat, told her he didn’t need donations, he needed a home! Melissa thought about Floyd for a few days, considering how her two cats might react to a third joining the family. She decided to go and meet Floyd and that was that.

It has been a long road to recovery for Floyd, he didn’t start grooming himself until two years ago, his right eye doesn’t close properly and his leg and hip injuries mean he can’t jump and is a little bit unbalanced at times, but aside from that Floyd lives a healthy normal life. 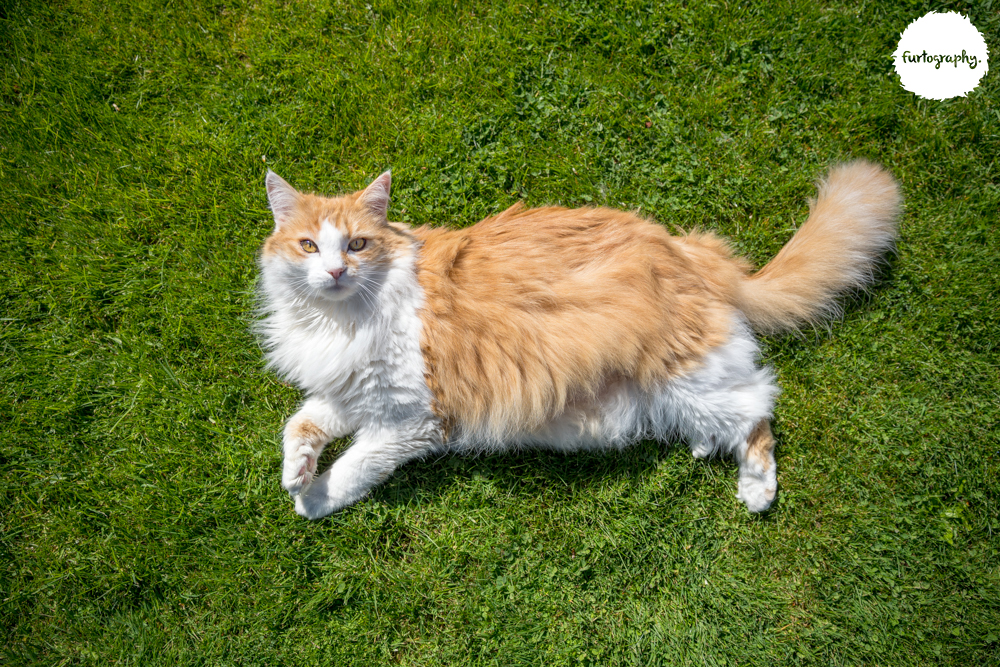 “He’s a complete clown and makes me laugh every day. He goes for evening walks with me and my partner. He drinks from the tap. He follows me around when I mow the lawns and he can never give me enough cuddles. He demands his biscuit treats at 9.30 every night. He waits patiently outside the shower door for me to emerge. He sleeps on my left side every night and every morning when I wake up, he moves around the bed covers to my right side and sits purring whilst I read the news before getting up.”

Though he will never recover 100% from his trauma, Floyd is healthy and happy and has become a loving and loyal part of the family, so what if his famous Maine Coon ‘M’ on top of his head is wonky, it just adds to his own wonderful uniqueness. “He’s nine now and going strong. He’s full of life – I think he knows he’s been given a second shot.” “Lasting 10 days in those awful conditions and with such grievous wounds, Floyd has shown me that no matter how bad things can get, good times will come around again. You just need patience and inner strength.” 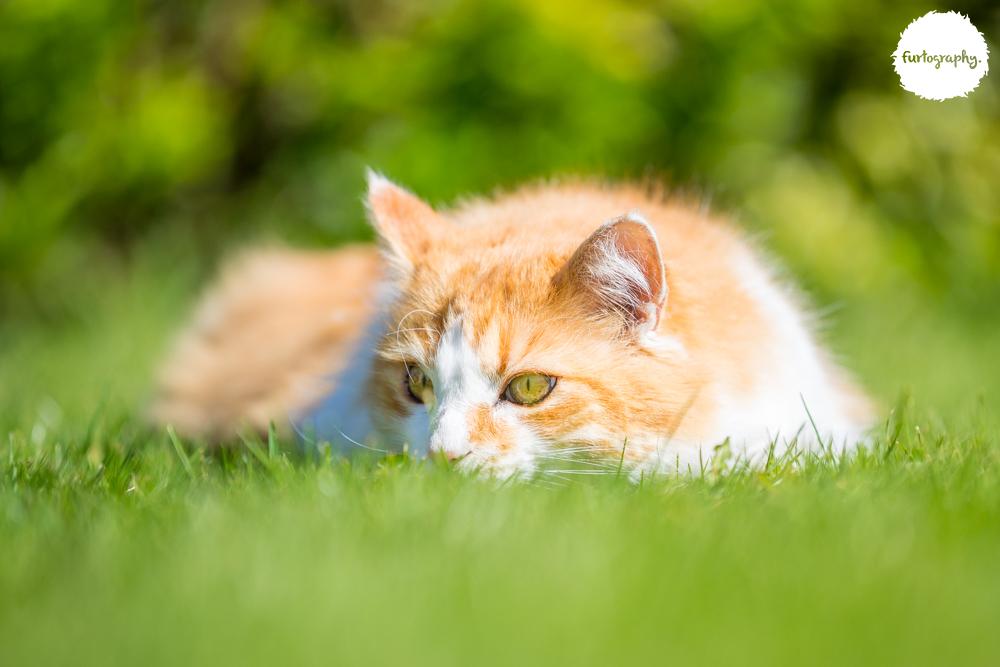 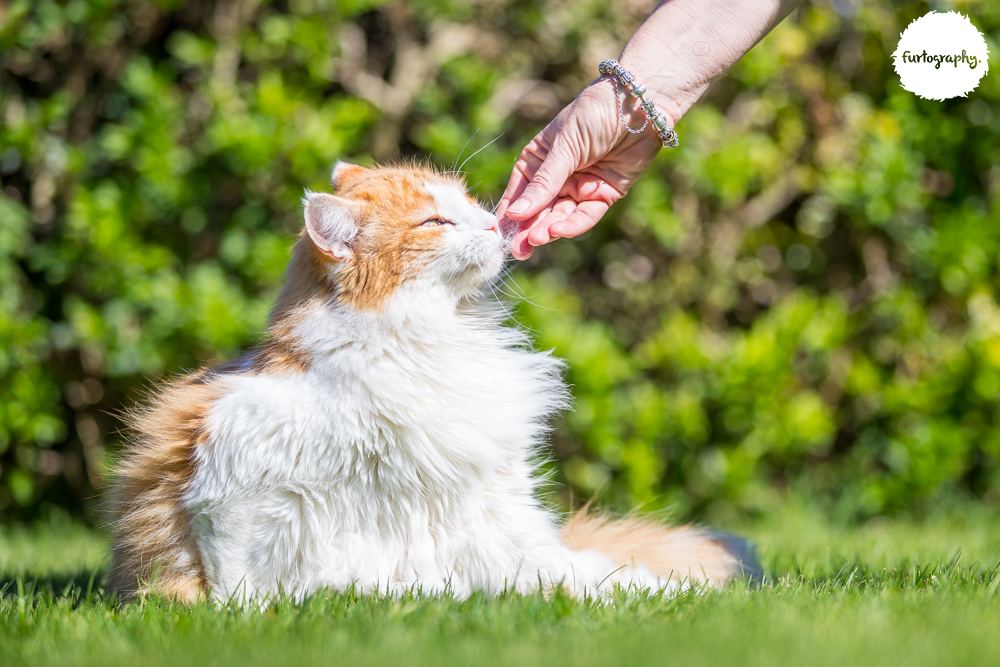 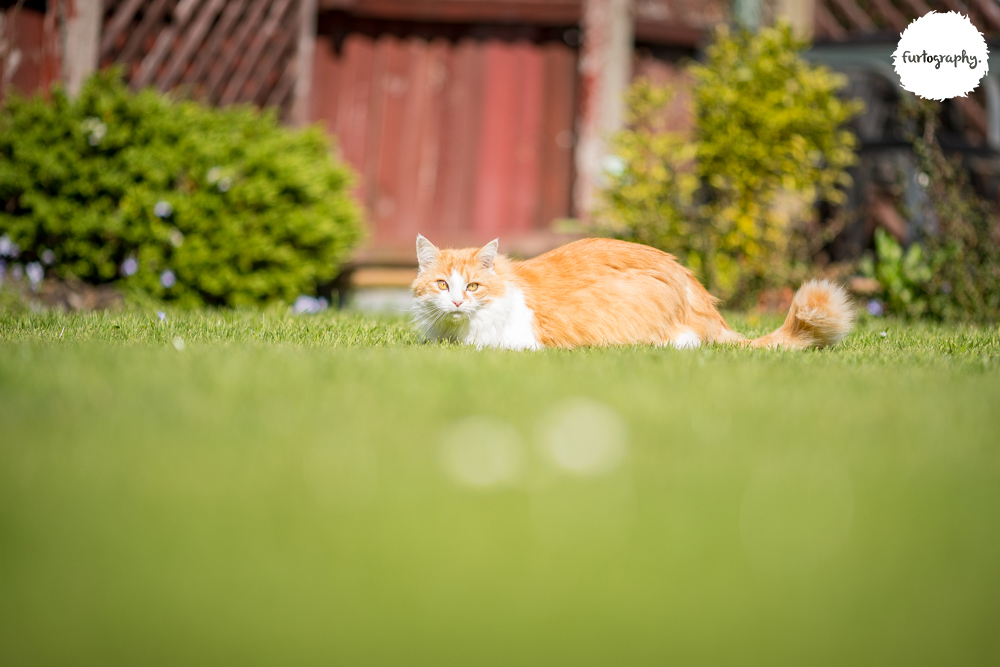 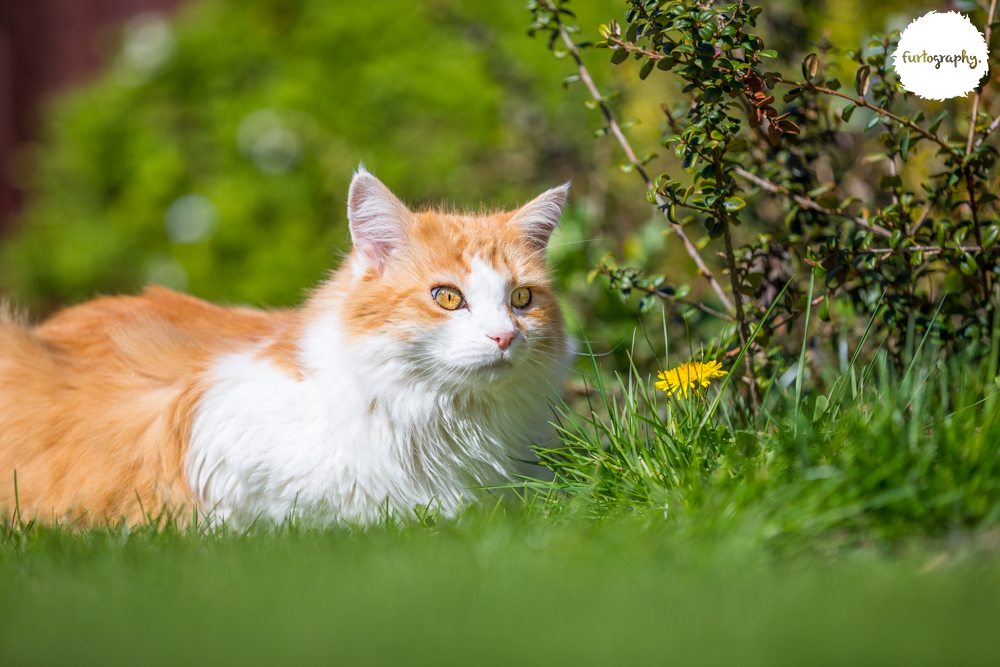 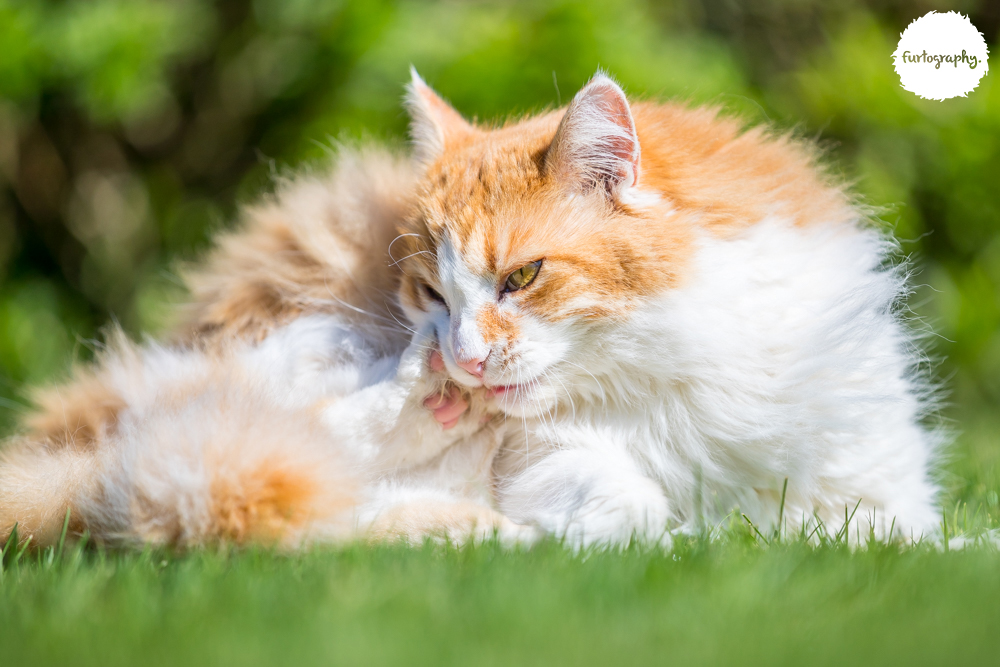 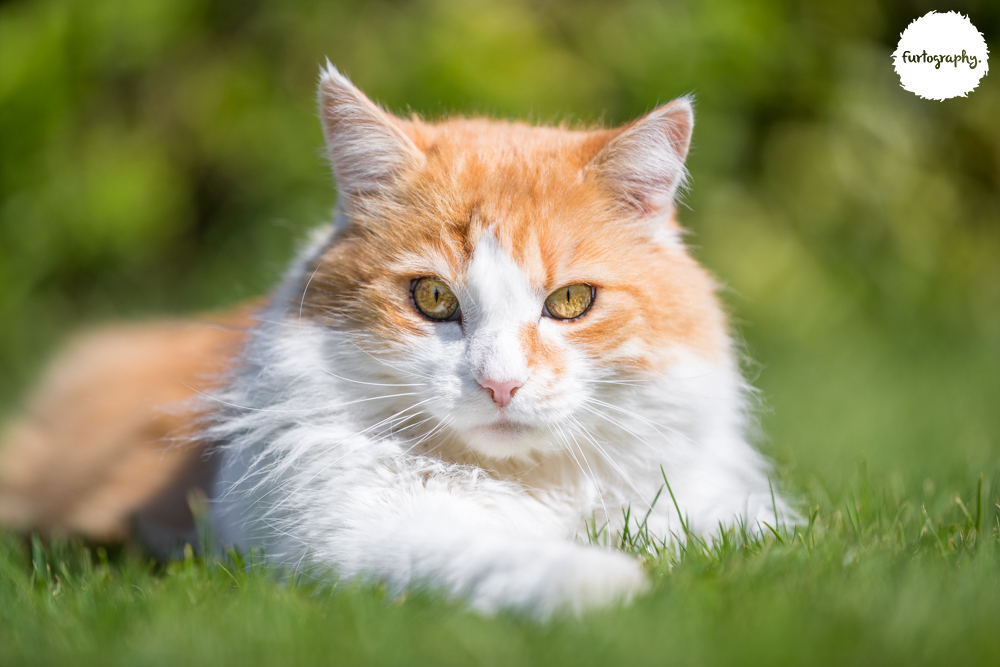 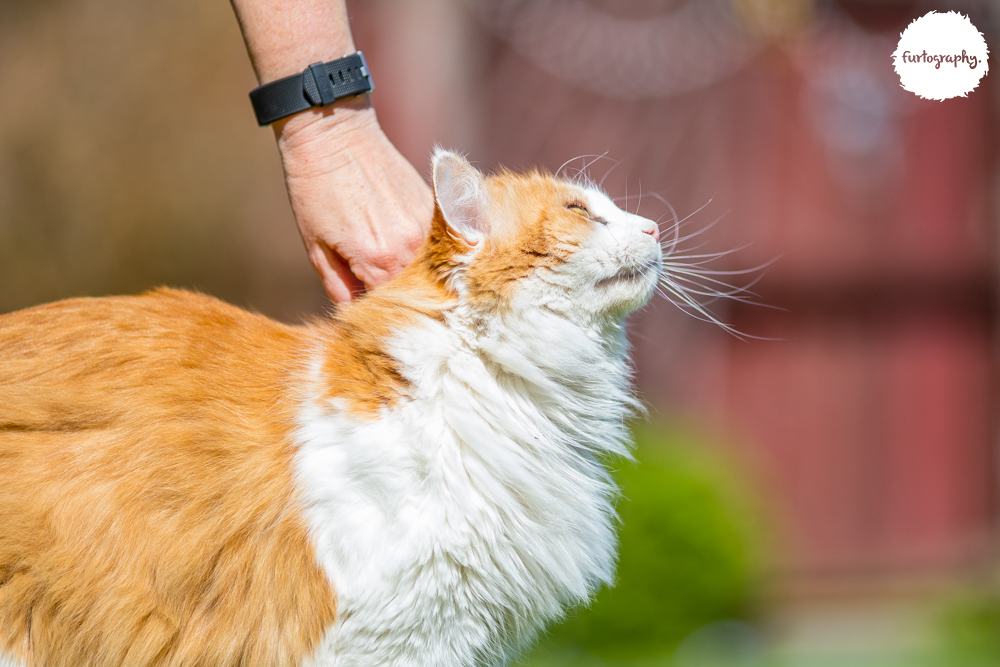 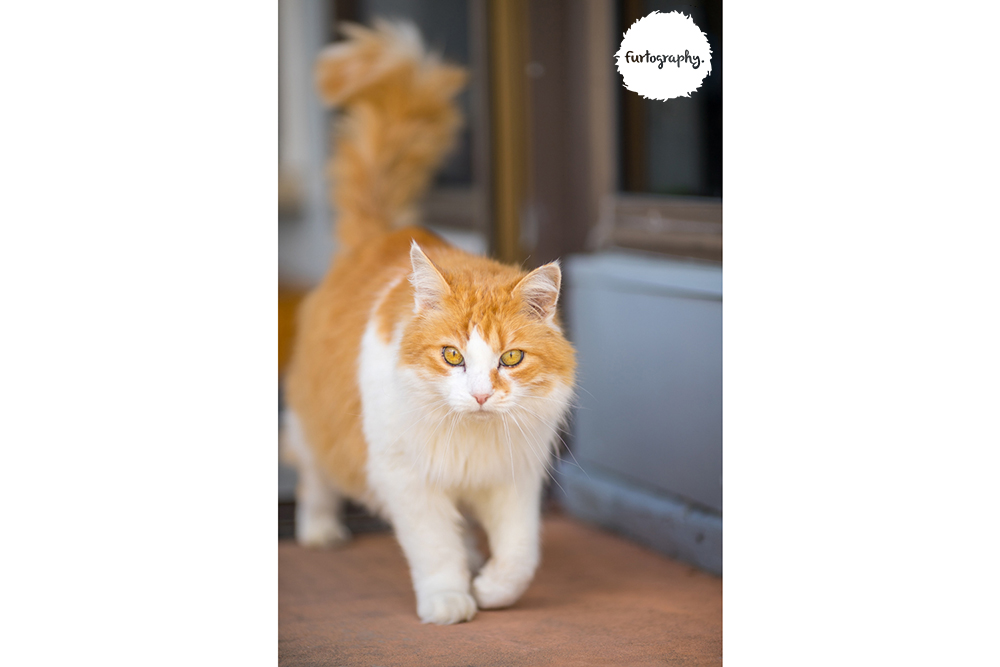 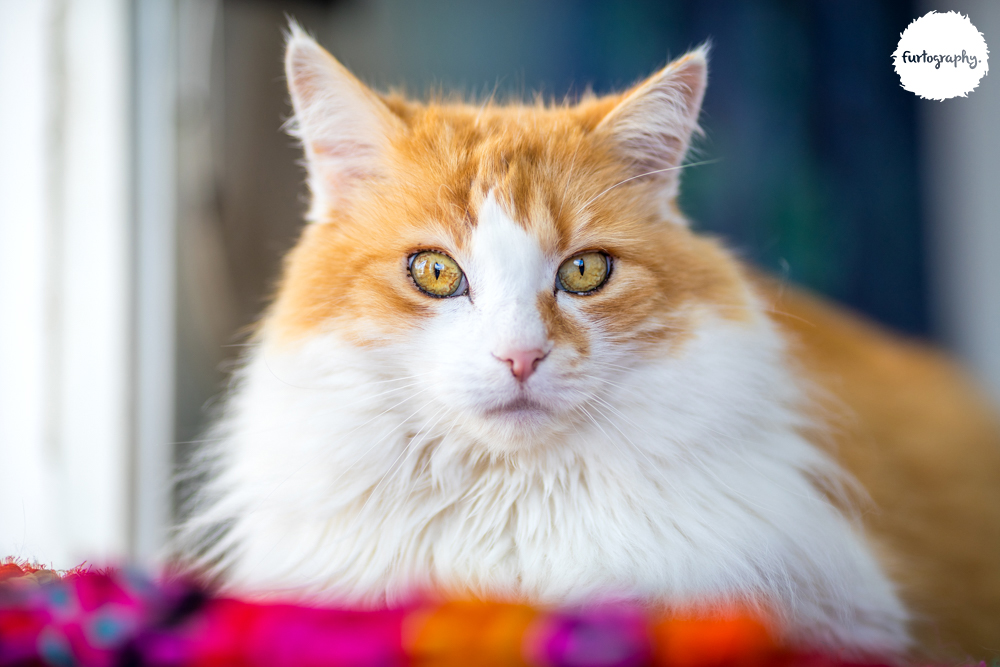 So there you have it, the story of Floyd. I honestly can’t tell you how much it means to me to finally know his story, and to have met such a happy, friendly cat. I must confess I’m relieved too, that for the most part, what I wrote in Quake Cats was accurate.

Who knew that a conversation Melissa’s daughter had with a work colleague would result in me meeting Floyd. Thank you so much for reaching out Melissa and for your time and generosity in sharing your little man’s amazing journey with me. 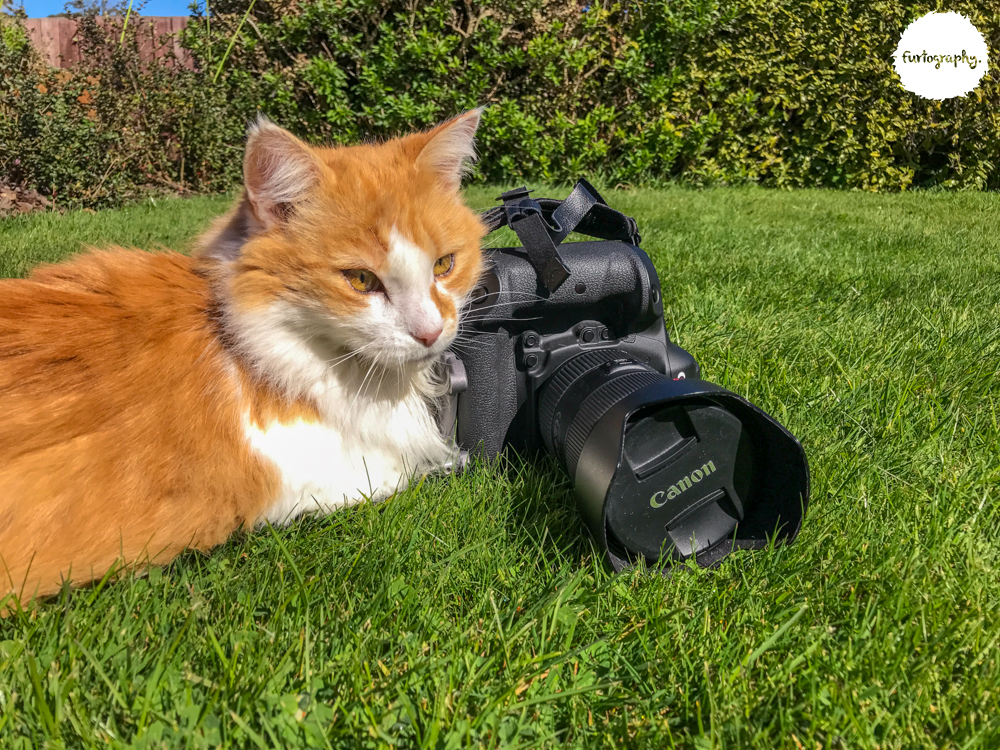 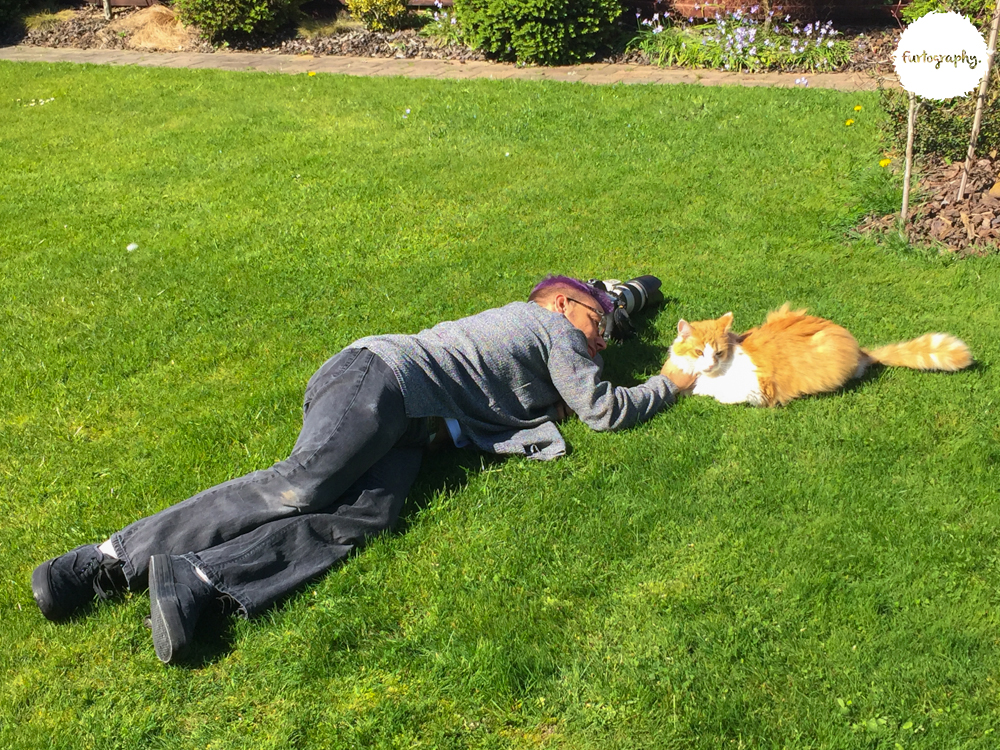 Unfortunately Quake Cats is now out of print, but you can find out more about the book and the stories on the Quake Cats page of my website.

Take a look at this little behind the scenes clip on the making of the book too, watch carefully to see the moment I was scratched on the head by a cheetah cub!